Tetris, according to its wiki, is

the first entertainment software to be exported from the Soviet Union to the US.

This seemed to be a good choice, as in the west Tetris has been proven to be wildy successful. At least a million1 variants of tetris must exist by now. However, despite the vast number of innovations on the field of tetrology2, proper western adaptions seem to be lacking.

In order to do something about this cultural void, I hereby announce Stacking Sand with Bill Bigsby: Tetris with more CAPITALISM. 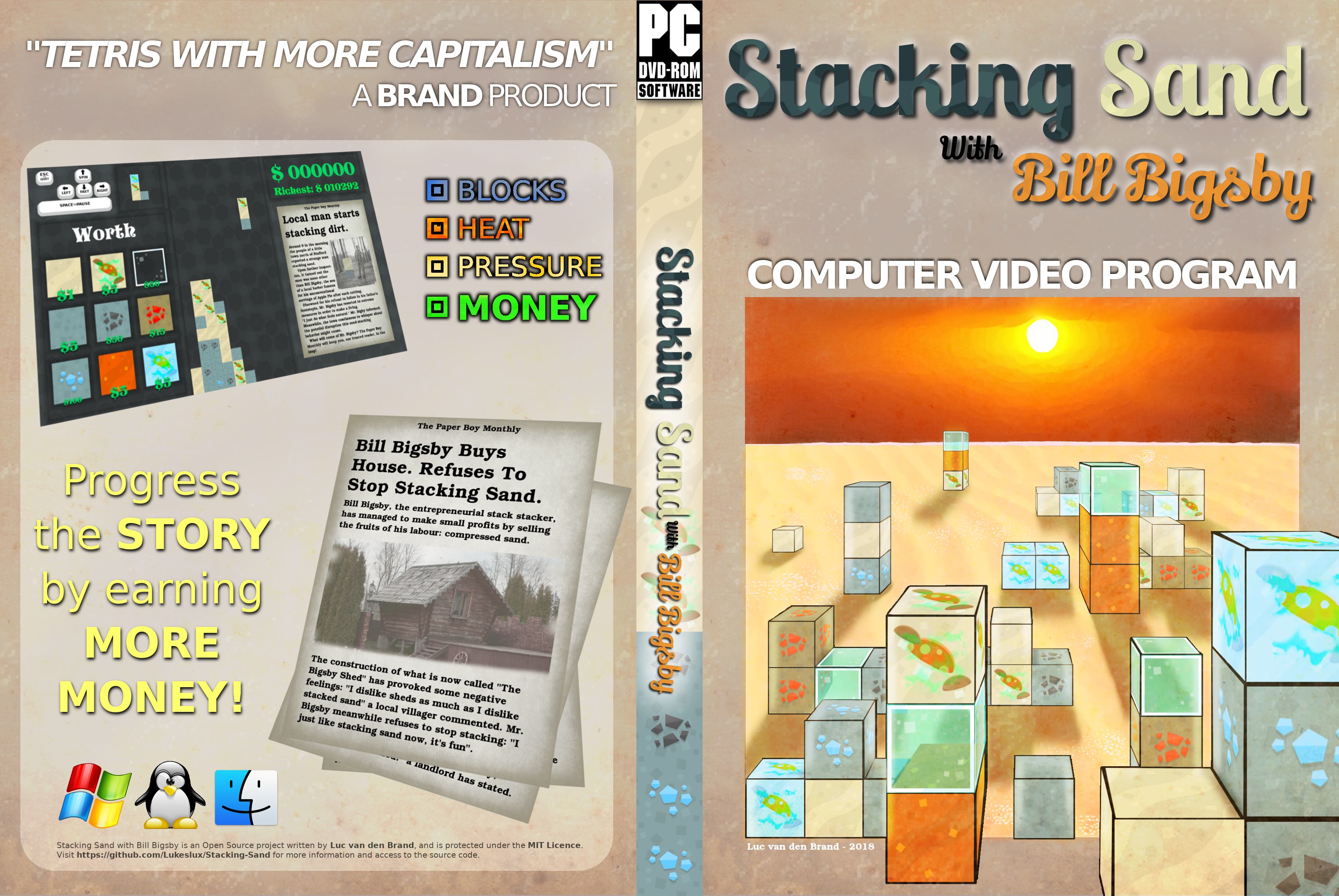 In addition to a more monetary focus, the game features a storyline loosely inspired by 19th-century-America’s mining barons.

You can download an installer for Debian Linux here.

The game is Open Source under the definitions of the MIT licence, which means you are free (as long as you adhere to the licence) to contribute or make your own spin-off branch! The repository can be found here. It’s all written in C++ and only depends on the SDL library.